Posted on April 10, 2019 by thefreerangebookclub 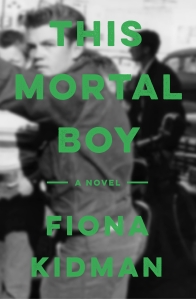 The re-creation of one of the last executions in New Zealand leading to the abolition of capital punishment.

⚑ “Poor Albert Black. I appreciated the way this novel explored the impact on everyone involved in his trial and sentencing – from the prison staff and the jurors to his friends and family. People responded to this entirely grim situation so differently based on their own morals and beliefs, and it is clear what the author’s own opinion of Albert’s situation was.

“I felt nauseous as we moved closer and closer to his death. Unfortunately upon reading the blurb on the back of the book we know that Albert’s fate is sealed. A clever marketing person or editor would have logically decided this information needed to be conveyed to the reader right from the start but I would have enjoyed the book more and become more invested in the characters had I not known this until it was revealed during the story. RIP Albert.” – Suzy

⚑ “Dame Fiona Kidman has investigated a part of New Zealand history with which most would not be familiar: events leading up to the abolition of capital executions in New Zealand. It follows the life and death of one man, Albert Black, an Irish immigrant, and his involvement in our past. Black’s personal story of angst is told, combined with in-depth courtroom drama.

“However, it reads more like non-fiction. It’s a step-by-step recall of a moment in time, with history’s – and the book’s – outcome clearly stated on the back cover blurb. I was interested to learn about this event and its consequences but the story does not have the roller coaster tension, nor the beauty, you expect from fiction.” – Rachel